Paramount is a name unknown to none. With the best and longest standing reputation in the world of Hollywood studios, Paramount is a brand name deemed prestigious and very ‘Hollywood’ leaving a permanent glitz and glam image in our minds. Hollywood has long been considered a destination but it’s a world on its own, behind a red stage curtain as you may imagine. But with the partnership with Damac on this project, it has become a world brought to reality and transported to Dubai, contributing further to the beautiful skyline that is always developing stunningly.

This project by Paramount is bound to leave you spellbound. With 1,200 residential apartments within 3 towers, while the fourth tower is a hotel. It is a beautiful addition to Dubai’s existing glamourous lifestyle where east meets west- in our words, Hollywood meets Dubai at Damac Tower by Paramount!

The project is complete and situated in Business Bay, minutes from Downtown Dubai, right at the heart of the city with enormous variety of restaurants, bars, shopping destinations and much more. It is also the centre for most businesses, making it an ideally accessible location for everyone.

A home in Damac Tower by Paramount is an ideal choice for those infatuated with Hollywood aesthetics, interior, culture and sophisticated interiors. The entire project gives off extremely glamourous, luxurious vibes that give you the feeling of being in a studio that is bigger than usual! There are even studios and suits inspired by the Godfather movie and other enormously famous movies released by Paramount over their many years of existence.

For the creative, for the Hollywood lovers or simply for those that appreciate the artistic and creative world of filmmaking, Damac Tower by Paramount is an ideal location to purchase an apartment in Dubai. With stunning interiors, furnishing, lobbies, amenities and facilities all inspired by the true world of Hollywood by the pioneers in the world of film itself, calling it a dream property would almost be an understatement! 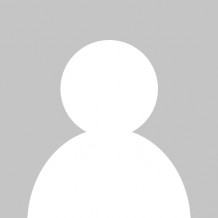